Posted on February 19, 2020 by sarahsouthwest I got this book through the Mystery Book Club.

The Mystery Book Club sends out a mystery book every month. It says it comes beautifully packaged – and it does. It was such a treat to receive.

This is a strangely appropriate book for me to receive. My husband was a little freaked out by it, and wondered if the Mystery Book people had been stalking me, but I think it was probably just one of those synchronous things that the universe throws up every now and again.

I have a soft spot for Atul Gawande. He’s a surgeon, I’m a Child Psychiatrist, so we work at pretty different ends of the medical spectrum, but I still recognise his dilemmas. When I had my second load of surgery and treatment for breast cancer a few years ago, I had quite a bit of time off work. When I came back, I was worried I’d forgotten how to do it. I’d had the Checklist Manifesto recommended to me a while before that, and I picked it up and read it. I made checklists. I made checklists for every kind of appointment that I offered. They gave me such reassurance. I’ve since handed them out to colleagues, including Non-Medical Prescribers, and they’ve always been appreciated. So thank you for that, Dr Gawande.

Reading this book was an altogether different experience. It’s a book about care in old age, and about care in terminal diagnoses. I’m statistically unlikely to reach old age, but I’m very likely to need to consider how to manage a terminal diagnosis. This book was painful reading at times – it’s much easier to consider oneself immortal – but it felt so important. My husband is a retired GP. He reckons this book should be on the medical school curriculum. He’s not a man given to over-enthusiastic endorsements of anything.

I think anybody could benefit from this, whether you’re fit and healthy or not; whether you have elderly parents, or not; whether you are slowly sliding into illness or not. There is a lot to consider in here, and unless you are lucky enough to be run down by that proverbial bus and killed instantly, you are likely to need the information and intelligence in here.

So thank you, Mystery Book Club. See you next month!

Posted on February 6, 2020 by sarahsouthwest

I’m enjoying reading new authors at the moment, but I don’t want to neglect the classics! I thought I’d do the Books and Chocolate (I know) Classics Challenge. here’s my list:

1. 19th Century Classic. Any classic book originally published between 1800 and 1899. A Tale of Two Cities – Charles Dickens
2. 20th Century Classic. Any classic book originally published between 1900 and 1970. All books in this category must have been published at least 50 years ago. The only exceptions are books that were published posthumously but were written at least 50 years ago. The Ministry of Fear – Graham Greene
3. Classic by a Woman Author. The Awakening – Kate Chopin
4. Classic in Translation. Any classic originally written in a novel other than your native language. You may read the book in your native language, or its original language (or a third language for all you polyglots). Modern translations are acceptable, as long as the book was originally published at least 50 years ago. Books in translation are acceptable in all other categories as well. The Brothers Karamazov – Dostoevsky
5. Classic by a Person of Color. Any classic work by a non-white author. Uncle Tom’s Cabin – Harriet Beecher Stowe
6. A Genre Classic. Any classic novel that falls into a genre category — fantasy, science fiction, Western, romance, crime, horror, etc. The Time Machine – HG Wells
7. Classic with a Person’s Name in the Title. First name, last name or both. Examples include Ethan Frome; Emma; Madam Bovary; Anna Karenina; Daniel Deronda; David Copperfield, etc. Death of Ivan Ilyich – Tolstoy
8. Classic with a Place in the Title. Any classic with the proper name of a place (real or fictional) – a country, region, city, town, village, street, building, etc. Examples include Notre Dame de Paris; Mansfield Park; East of Eden; The Canterbury Tales; Death on the Nile; etc. East of Eden – Steinbeck
9. Classic with Nature in the Title. A classic with any element of nature in the title (not including animals). Examples include The Magic Mountain; The Grapes of Wrath; The Jungle; A High Wind in Jamaica; Gone With the Wind; Under the Volcano; etc. The Black Cat – Edgar Allan Poe
10. Classic About a Family. This classic should have multiple members of the same family as principal characters, either from the same generation or multiple different generations.  Updated: Family members in the title are also acceptable.Examples include Sense and Sensibility; Wives and Daughters; The Brothers Karamazov; Fathers and Sons; The Good Earth; Howards End; and The Makioka Sisters. East Lynne  – Mrs Henry Wood
11. Abandoned Classic. Choose a classic that you started and just never got around to finishing, whether you didn’t like it at or just didn’t get around to it. Now is the time to give it another try. Great Expectations – Charles Dickens
12. Classic Adaptation. Any classic that’s been adapted as a movie or TV series. If you like, you can watch the adaptation and include your thoughts in your book review. It’s not required but it’s always fun to compare. The Ladies’ Paradise – Emile Zola

Posted on February 6, 2020 by sarahsouthwest 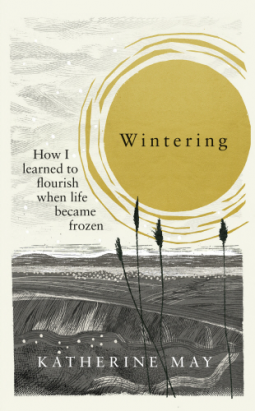 Thank you to NetGalley for letting me read this book. I’m so glad I did.

How to describe it? It’s a series of linked essays, alongside a personal story. It looks at different aspects of winter – darkness, cold, hibernation, stocking up – and explores their obvious meaning, but also what these things mean at a deeper level. This means it moves from dormice to community celebrations; from cold water swimming to the Northern lights. Along the way, Katherine May meditates on what it means to winter psychologically – those times when we withdraw from the world, when we lie fallow – why do we need to do that? How do we move on from our personal wintering? And what work are we doing as we winter?

It’s an interesting premise, and it felt true to me. In a world where we are constantly exhorted to “live, laugh, love” it can be difficult to be sad, to pause, but maybe we need to accept sadness and learn from it.

I want to press this book on various people. I hope lots of people read it. I hope people find something important here.

Such a beautiful cover, too.

Posted on November 9, 2019 by sarahsouthwest

We went to the pictures last night. Both my children wince when I say that.

In fact, we went to see The Third Man at our wonderful local arts centre. We don’t get there anything like often enough – we have far too many commitments, and while it is wonderful to have a wonderful little local arts centre, those art-y movies and live performances only have a run of one night.

Anyhow, yesterday the stars aligned, and me, husband and son went to see The Third Man. We only just managed to see it. The digitally remastered version didn’t get sent through to our WLLAC on time, so the team there had to ring Paul, one of the custodians, and get him to bring in his own DVD. That effectively meant Paul and his wife paid to go and see their own DVD being played on the big screen, but they are so lovely they didn’t mind. We were all offered free tickets for the next screening – 21 November – but I think there might be a limit to the number of times you can watch it within a fortnight.

Still, it’s a great movie. The shadows, the faces, the plot. Graham Greene – what a writer – why didn’t he win the Nobel Prize for Literature? His body of work is amazing. Trevor Howard – coolest Major in the world. His coats alone were worth the admission price. See his shiny black number here:

Got the first one off tumblr, and that one off pinterest.

If you look at the guy on the right in the second one, you’ll see it’s M from the Sean Connery James Bond films. Oh yes.

The extras are great. Incredible faces, the camera lingering on them. And the zither music. Oh, the incessant zither music. What are those Austrians doing to us? 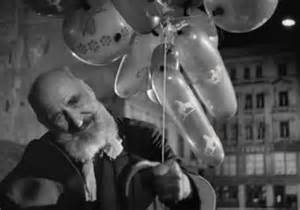 But the great star is Vienna itself – rubble and ruins and faded glory. Europe was battered.  People were displaced and hungry and desperate. The streets were dark. The perfect setting to make some money.

My 15 year old was by far and away the youngest person in the cinema, which is a shame. This is a masterclass in expressionist film-making. I’m still shocked that Carol Reed got his Oscar for Oliver! – but at least he got one. 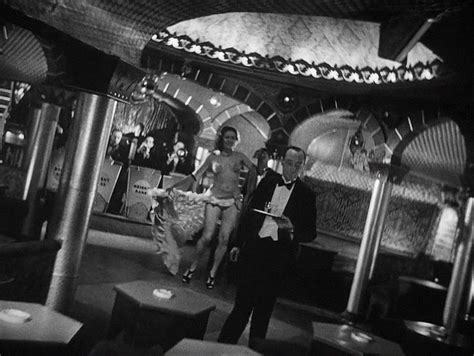 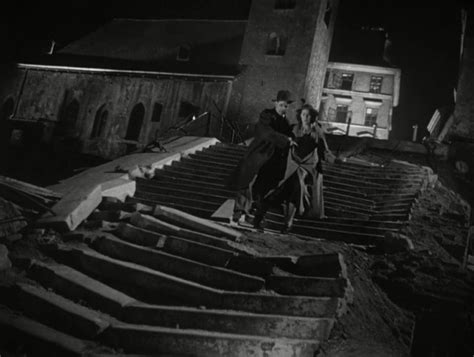 Donegal – we found a sheltered bay, out of the wind, swam in clear water. There were no waves, so it was very different from our usual swim, very relaxing. It was warm enough to sit on the rocks afterwards and dry off. Extraordinarily beautiful. 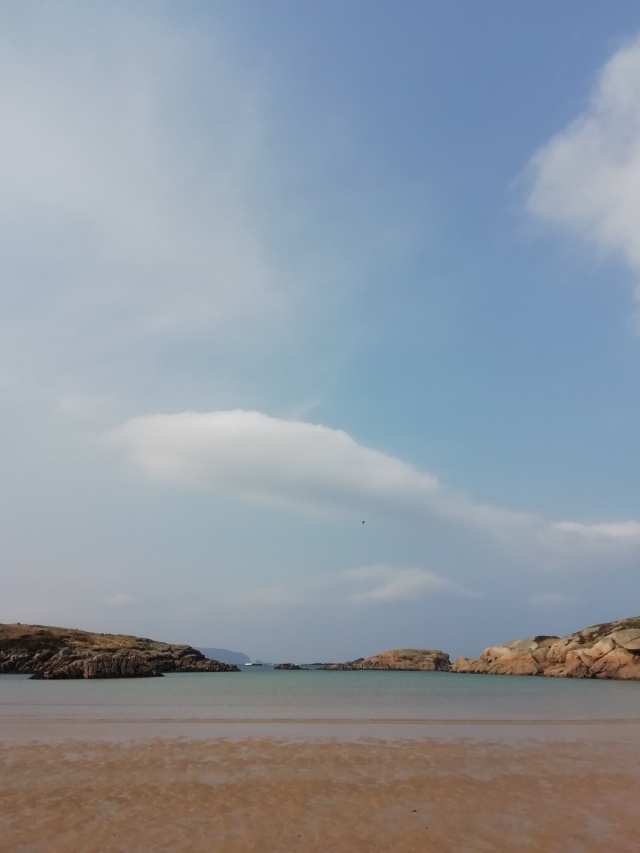 Went in under clear blue skies but by the time we came out the sea must was rolling in. Cold, but marginally warmer than February.

Who is Cora Burns? Motherless, fatherless, brought up in an institution, deprived of love, Cora hasn’t had a great start in life, but there’s something in her that keeps on going – and she’s smart. She’s not always good, she’s not exactly nice, but there’s something compelling about her, so that you will her on. Maybe it’s the fact that she is capable of self-reflection? You watch her gradually learn about herself and how to school herself as you move through the book.

There’s a lot in here, touched on very lightly. The main thread is the argument between nature and nurture – biology and experience. Cora personifies this, but there are also two men of science, whose voices we hear, who are finding their own ways of looking at this.

There a lot of books with strong, feisty female leads set in the late 19th century,and this book sits on that shelf. Cora, however, takes things just a little further, and you are aware that there is something dangerous in her. The other thing that I was really impressed by was the depiction of poverty, and the depiction of Cora’s complete ignorance about so many things. The odds are really stacked against her. She is given a job as a scullery maid, but even here there are things that are completely out of her experience. She is a very believable mixture of ignorant and smart. There is a lot of casual exploitation, and the contrasting attitude of the “men of science” to the poor is fascinating. There are also moments of kindness, and they offer hope.

I hope this book does well. I really enjoyed reading it. I read it through the Netgalley, so thank you to them. 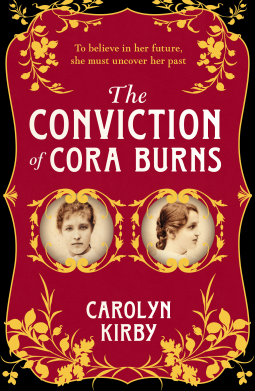